W&B Launch is very early in development, and we're actively working on building out the set of features we support for queueing and reproducing runs. Please reach out to us at [email protected] with any questions or suggestions.

W&B Launch is the new beta tool for reproducing runs and orchestrating experiments. Launch provides a streamlined way to reproduce runs, create and manage queues of experiments through the UI or CLI, and have the experiments run automatically on your own infrastructure.

What runs can be reproduced by W&B Launch?

These are the prerequisites for using W&B Launch to re-run an existing run with new settings:

You do not need:

Use wandb launch to relaunch a run:

When reproducing a run, if the original script is not at the root of the repo, you may need to specify the entry point using --entry-point or -E to point to the path of the script.

1. Add runs to the run queue

You can add runs to the queue from the App UI or from the command line.

Add runs to Launch from the App UI

This will open a modal where you can edit the launch config that defines how a run is launched:

In this modal, you can select the target entity, project and queue you'd like to add the queued run to. You can also set the overrides, as well as other information such as the name or git version.

Add to runs to Launch from the CLI

Runs can also be added to a run queue using the CLI. To do this simply add the queue flag when using wandb launch .

You can specify user-created queues with --queue <queuename>. Without a specified queue name (as above), runs will be added to the default queue for the project.

As with launching an individual run, you can specify a config file, or JSON string as your launch config using the -c, --config flag.

2. Set up the launch agent

To run jobs scheduled on a run queue, start a launch agent on the machine where you intend on running your experiments. Use wandb launch-agent <project> to launch an agent.

The agent will pop items off of the queue(s) and run them one-at-a-time, on the local machine. This way you can queue up a sequence of jobs and have them run automatically.

See the Status of Queued Runs

Queued runs can be seen in the Launch Tab. Runs can be deleted from the run queue using the triple dot menu for each run.

All configurable options definable in the launch config and in wandb launch arguments are discussed here:

Can I use launch to create new runs?

To launch from a git repo, run the same launch commands as above but with the URL to a Github, GItlab, or Bitbucket repo, e.g. wandb launch <https://github.com/user/repo>. We require that the repo contain either a requirements.txt configuration file for dependencies, and the code should be already instrumented with wandb for us to track it as normal.

In both cases, you'll want to specify an entry point using the --entry-point or -E flag.

Can I reproduce experiments that weren't logged to W&B?

How can I slightly modify a previous run, that was logged to wandb?

When using wandb launch <uri> you can modify how the launched run behaves to be different from the original run.

Does every agent have to work from the same queue?

No, different agents can listen to different queues. You can manage your run queues in the Launch Tab within a project workspace. This way you can set up a run queue for different machines or different users.

To create a new run queue:

Can I connect agents to different queues?

An agent can run jobs from a single queue or multiple queues at a time, specified as a list of comma-separated names, e.g. --queues q1,q2,q3. If you don't specify a queue with the --queues flag, the agent will run jobs from the default queue for the project.

How can I create a default run queue for my project through the CLI?

Start by adding a run to the default run queue for your project (<project>) belonging to entity (<entity>) by using:

This will create a default run queue, and push the run at the URI to it.

This strategy will only work for creating the default run queue. Other queue names will not work.

Alternatively, visit the Launch tab in the project workspace to automatically create a default run queue.

How can I delete a run queue?

Full run queues can be deleted as well. Select the queue or queues to be deleted, and click delete. This will delete queued runs that have not started, but not delete any runs that have been started. 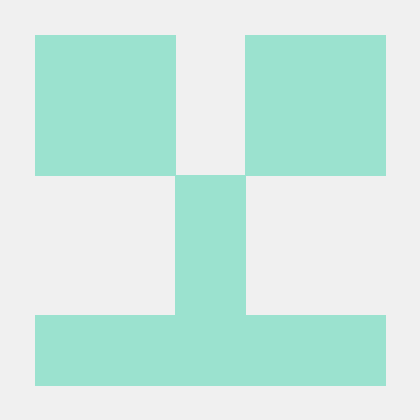 Last updated 4 weeks ago
Contents
What runs can be reproduced by W&B Launch?
Reproduce runs using wandb launch
Launch runs from queues
1. Add runs to the run queue
2. Set up the launch agent
See the Status of Queued Runs
The Launch Config Specification
Frequently Asked Questions
Can I use launch to create new runs?
Can I reproduce experiments that weren't logged to W&B?
How can I slightly modify a previous run, that was logged to wandb?
Does every agent have to work from the same queue?
Can I connect agents to different queues?
How can I create a default run queue for my project through the CLI?
How can I delete a run queue?